Omelet with Canadian bacon and kale

Yes, I know….kale. But don’t knock it until you have tried it. BTW – the lens is damaged on my camera, so I apologize that the images look like they have been photographed with the same filter used to make Lucille Ball look good in Mame!

OK, so kale, it’s cheap (until they figure out how useful it is and people start buying it) and it holds up better in cooking and for salads. Kale is the only green that can be pre-dressed and eaten later without wilting. Other types of lettuce begin to wilt as soon as dressing is added, as the acid begins to break down the membranes in the lettuce and, ooops, you got the droops. Kale, not only holds up, but the dressing will actually tenderize the leaves, eliminating one of the main reasons that folks don’t like kale.

When sauteed along with other veggies or protein, kale tenderizes and keeps its bright green color when cooked. It will eventually turn a darker color is you put it in soups or stews that cook for days. It doesn’t give off liquid like spinach so it can be added directly to recipes without thawing, draining, spinning or otherwise mutilating it prior to use.

Final note on kale, because I hate the recipes that drag on talking about banal bullshit, it is a powerhouse of vitamins A, C, K, B6, calcium, potassium and manganese.

Omelet with Canadian bacon and kale

Crack the eggs into a bowl and whisk them together until they are well combined. Add salt and pepper.

Treat an 8-inch skillet with cooking spray and add the kale and Canadian bacon.  Cook on medium/low heat until kale is tender but still bright green about 1-2 minutes. Remove kale and bacon from the skillet and set aside. If the non-stick spray turned brown during the process, wipe clean and re-treat with cooking spray. You don’t want your eggs to be brown…yuck.

Note: if you want your eggs done, done, flip the entire egg mass over to cook the top then proceed.

Add the kale and Canadian bacon to one side of the omelet and flip the other side over the ingredients. Slide the omelet onto a plate and garnish with non-fat Greek yogurt.

The finished omelet is healthy and delicious. Of course, you can add cheese, salsa, sausage…whatever, but this is a healthy alternative to an otherwise of limits delight. Give it a try! 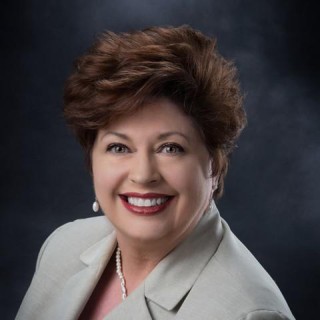 Welcome to country life. Pour something cool and visit a while. There is as much difference between southern living and country living as there is difference between New York and Los Angeles living. The country life is less pretentious, more accessible. The Missouri country gal tells it like it is and does so unapologetically. I have lived in New England, upper Midwest, the Midwest and the South and I still prefer my home state of Missouri. I hope you will enjoy Missouri Country Gal. I strive to have it embody the culture and cleverness of being a country gal.